The new year is a good time to evaluate what you would like to accomplish moving forward.

“If you cry because you miss the sun, your tears will not let you see the moon.” –Rabindranath Tagore
😊💜 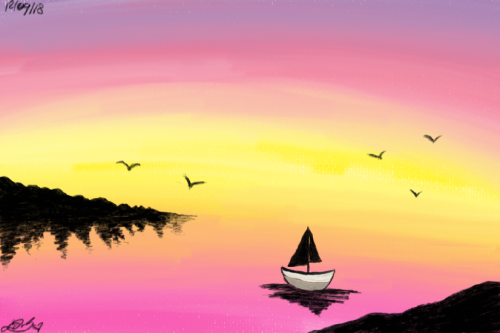 Lately; blogging, art, writing, and photography have been my solace.

I recently (starting at the end of October), began art, and have found it to be therapeutic. I may incorporate it into the blog as I begin to learn more.

Finding a hobby, both matter how stressed you are if an important lesson to learn. It will you cope with the day-to-day stresses of your life.

Life can translate into many things, but much like the arts, its interpretation is up to the audience. The individual going through the cycle decides whether they see the beauty of what has become of the past or fall victim to the call of demons left behind.

What is your interpretation?

Let your feelings flow like a river. The cold is only here for a few moments. Remember that spring will come again. Hard times will happen, but they will never last, no matter how long they seem to persist.

Hello I’m Cassie (little sister of the owner of this page).

I was diagnosed with type 1 diabetes when I was three years old, I was a “normal” toddler before December 21, 2004. A few months before, I started eating after a meal, drinking water constantly, and using the restroom more. My mother took my blood glucose, it was in the 400’s. For a diabetic this means that there is no insulin (a hormone created in the pancreas) in the body. A diabetic’s pancreas is shut down due to the immune system mistaking the beta cells for a virus, thus killing the beta cell rendering the pancreas unusable. I being a three year old I didn’t understand why god would place this burden on me. I wanted to know why he wanted me to suffer through being stabbed over and over again daily. A few months later I was placed on a insulin pump, a insulin pump is a machine that holds insulin inside a small tube and pump a steady rate of insulin acting as a pancreas. But it’s not as easy as it seems. When you think about diabetes it seems easy, but what people don’t understand is that there is more to just checking a blood sugar or taking a shot of insulin, the feeling of being a pin cushion, lost, alone, and feeling like no one understands. I hate when people look at me and say “You look fine, why are you sick?” I have to work as two as my organs every day, 24/7, 365 days a year. No breaks allowed, just to start again the next day and repeat the process. Diabetes is the 6th out of the top ten causes of death in the United States, that statistic means 79,000 people die yearly from type 1 diabetes. This excludes the suicide rate among those with type 1 diabetes. The depression with diabetics is double of that of the population of those with no chronic illness. I understand from the inside what its like to feel the drowning feeling of diabetes. From a person without this disease it may look simple, easy even. For a seventeen year old to hear this fighting her whole life just to make it to her dreams is crushing knowing she can’t get mad at you because you do not understand her pain or her struggle to wake up some days. She also knows that the world can’t keep overlooking the ones who stand up and defend their fellow sick friend and the world not to listen to her on her soap box trying to make them see the pain she and her friends go through. I wish people could see through her eyes and see the pain this disease has caused her. She struggles to make it to where she sees Dr. after her name so she may help those who need a friend to stand on a soap box for them. She wishes her bullies saw how hard she fought to keep it together to make it where they 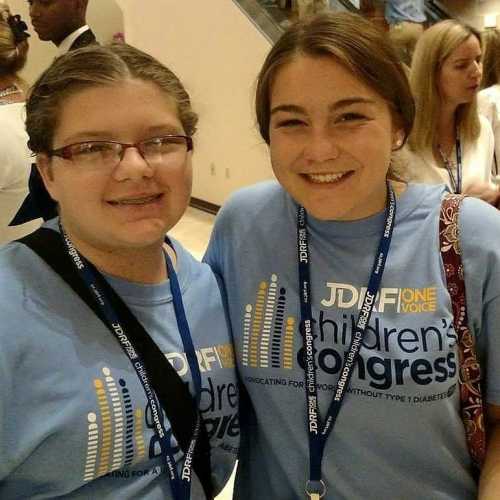 see that she already has enough pain without them hurting her. I may be that girl who stood up and took the pain from those bullies, took the mean comments that haunt me on my bad days, I am the girl who stood up on a soap box and spoke to congressmen and women to make the heads of our government see that there are faces to this disease and that we are tired of not being seen or heard. I will be heard. I will be seen and fight for my fallen friends. This is my story.

The scarred hearts’; their eyes hold galaxies so look beyond the scars you are stereotyping them by. Be wary or you will be pulled into a universe.

Scars don’t mean you are broken, your heart will still beat, and your galaxy still within your reach.

Pain can come and go, yet there is the promise that hope prevails. Remember that in the darkest of tunnels a solution is near.